What strikes you first when either reading or listening to an interview with Amos Lee is how thoughtful and non-judgmental he is followed by his willingness to look at situations from every angle. This sensitivity comes through in his music, which never seeks to accuse or absolve but rather to explore emotions and situations that we all as humans go through.

Amos Lee was born in Philadelphia, raised in New Jersey, and subsequently attended the University of South Carolina where he studied English. It was at college where he developed an interest in music, primarily inspired by John Prine’s album Great Days. Lee started playing guitar and bass and listening to a lot of Donny Hathaway, Joni Mitchell, and Bill Withers. After graduating he worked as a grade school teacher with an interest in literacy, whilst simultaneously performing at “open-mic” nights in Philadelphia. In 2003 his manager sent out a demo tape to several record labels, including the folks at Blue Note Records who were “immediately struck by Lee’s voice.” Fellow Blue Note artist Norah Jones heard his music and invited him to open for her on tour in 2004. 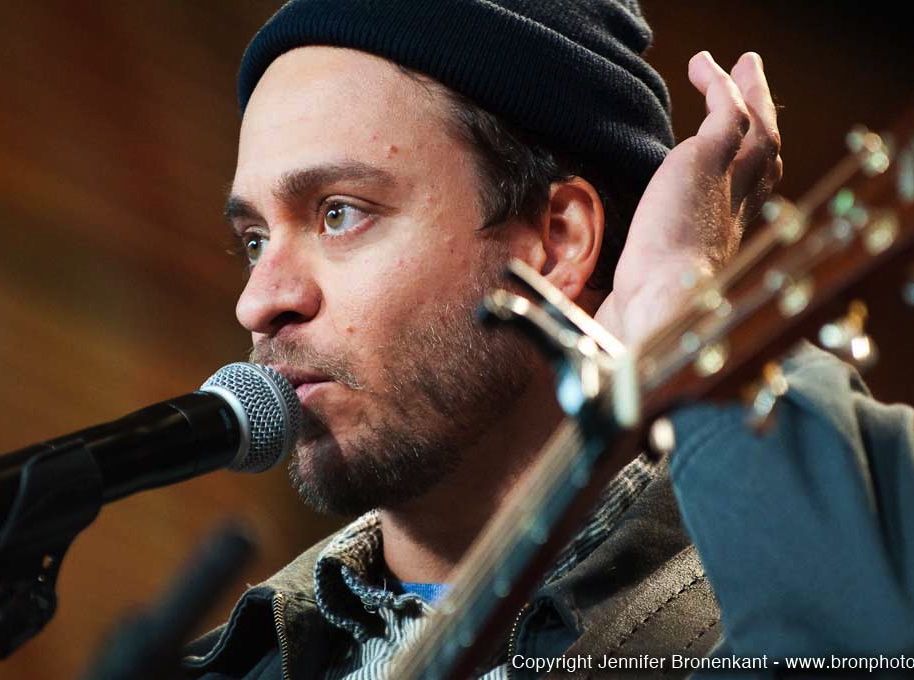 His first self-titled album reached no. 2 on the Billboard Charts, and he made Rolling Stone’s Top 10 to watch that year. Music from the album also featured on Grey’s Anatomy and in the film Just Like Heaven. Four albums later Lee released Mission Bell to critical and commercial acclaim; it became no.1 on the Billboard Charts as well as no.1 on Amazon’s and iTunes digital album charts.

Lee released his fifth album Mountains of Sorrow, Rivers of Joy in the autumn of 2013. The album, though still reminiscent of his earlier work, incorporates more of country and an Americana sound, with collaborations by Alison Krauss and Patty Griffin. Lee says the title of the album “is supposed to signify a journey… a sort of homage to some of the folks who came before me, and have persevered through lifetimes, and continue to create music.” The first single off the album, “Chill in the Air” is sparse in terms of instrumentation but yet full in terms of lyricism. The first verse lays out the end of a relationship perfectly, with all the heartache and tears it brings forth: “Well, the morning came like a freight train/ Bearing down on me from a thousand miles away/ Well it came and gone and kept rolling on/ Laying up all night with my tear stained sheet as my veil.”

Lee is a supporter of several causes including Farm Aid where concerts are organized to raise awareness about the loss of family farms and to raise funds to keep families on their land. He is also active with the organization Musicians on Call, which brings music to those in hospitals. The simple premise behind the organization is that music can help you feel better, which is coincidentally also at the centre of Lee’s philosophy concerning his music. “I want music to resonate with people; for them to think “man, that song is killing me”. Music is a social thing, it’s about connecting people.”