lIn the last six months I have had to say a lot of goodbyes. To friendships that no longer made me happy; to hopes of who I thought someone was; to dreams that are never going to happen; and to a season which at one point made so deliriously happy but now is over. It’s time, as they say to let go and cast the past aside to make room for something even more beautiful, and more importantly, to make room for laughter not tears.

I am not good at letting go or moving on. I tend to keep persevering even when everyone else can see things are not going to get better and I am quite literally banging my head against a brick wall. I will tend to hold onto old friendships for dear life, making excuses on top of excuses as to why they have failed to show up for coffee or have treated me like my feelings are of little consequence. Maybe it’s because my parents are divorced, but I never like to give up on people or to see them leave. I will literally cling to good memories hoping that more are just around the corner even when the road is so obviously straight. I will give my all even when it’s blindingly obvious that these so-called friends or family don’t deserve me.

The last three years have been an endurance test, both physically and emotionally. I completed my Masters all the while having panic attacks that seemed like they would never end whilst existing on very little food and a constant stream of adrenalin. I was literally exhausted and spent my evenings trying to write essays whilst crying over someone that I’m not sure had ever existed in the first place. 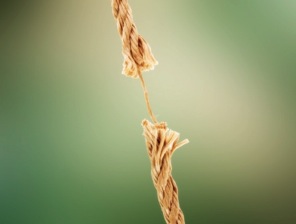 It was horrible to be in it and even more horrible to watch, as my mother and sister would tell me later. I had planned a life after graduation so perfectly that when it all came crashing down around me quite unexpectedly, and the person who I thought was my be all and end all, turned out to be half the person I thought they were, I was left with nothing. No plans, no aspirations, no dreams, nothing. I even found that bits of me had disappeared and that what I used to enjoy or what I liked didn’t seem to be there anymore. I had quite literally wiped my personality in lieu of this new life I hoped I would be living.

It’s quite embarrassing and shameful to admit all of this but I’m sort of glad it happened, or rather didn’t happen. Yes, of course I sometimes wish it had turned out the way I hoped but it didn’t and I think, now, I’m so pleased that it didn’t because my world would be infinitely smaller than it is now.

So, what I have learnt through all this pain and heartbreak?

That I am important, that I do deserve to take up space, that I do not need to tweak my personality to make myself more desirable. I’ve also discovered that I do, in fact, have a breaking point and that there are certain things I am not willing to tolerate.

I should add a disclaimer in here that I am definitely still a work in progress and there are certainly days where I put up with people treating me badly or where I filter my personality to make people like me. It happens, but I am more aware of when it does,  and I am better able to keep a hold onto my true sense of self.

I have also finally come to a place where letting go is a necessary part of life. We evolve and change, and so do the people around us. It doesn’t mean that just because I’ve moved on, I don’t care or I never cared or that it didn’t mean something to me. It just means, that for the purposes of self-preservation and happiness, some people who may have been worth the trouble in the beginning are no longer worth the trouble further along the road.