On a cold November evening I made my way to Bush Hall in London to sit on a sound check for the sisterly duo Lily & Madeleine. Hailing from Indiana, the duo released their sophomore album Fumes in October to critical acclaim. Lily, 19 and Madeleine, 20 Jurkiewicz were signed to the indie label Asthmatic Kitty in 2013 after a series of YouTube covers garnered attention from producer Paul Mahern. The Bush Hall was built in 1904 and was originally conceived as a dance hall with its ornate ceilings and regal chandeliers. During WWII the Bush was a soup kitchen, the bingo hall, a social club, and now, a live music venue. Madeleine says the hall reminds her of the film Anastasia.

Even before I sat down to speak to Lily and Madeleine I quickly realize that these were two serious, articulate, and supportive women. During sound check Lily swapped with Madeleine on piano for one particular song, and because Lily plays harder, they bumped up the sound levels thereby altering the controlled sounds pouring from the instrument. Lily offers to play differently for the sake of easiness but in a heartbeat Madeleine said Lily should continue to play how she’s always played and that the levels would just have to be altered for that one song. It didn’t take me long to see that being yourself and not waivering from that is an integral part of Lily and Madeleine’s DNA.

Lily and Madeleine are seriously smart and self-aware, and in my chat with them we not only talked the new album and music but the struggle to define oneself, frustrating gender stereotypes, and the downsides of social media.

Sonically, Fumes is a departure from their previous musical offerings. It is also a lot darker and more honest, which gives the sense that the need to express and be authentic trumped any concern about how the record “ought” to sound. Lily has said that the sisters feel a lot more empowered now. “We’re a lot more confident and we have a much better idea of what we want and how to get it.” The album definitely feels broader in scope, which is evident on “Rabbit” a fast paced pop song; “The Wolf is Free,” which incorporates Indian sitar into the mix; and finally “Can’t Admit It” that slows the record right down and takes the sisters harmonies into the territory of sultry jazz. 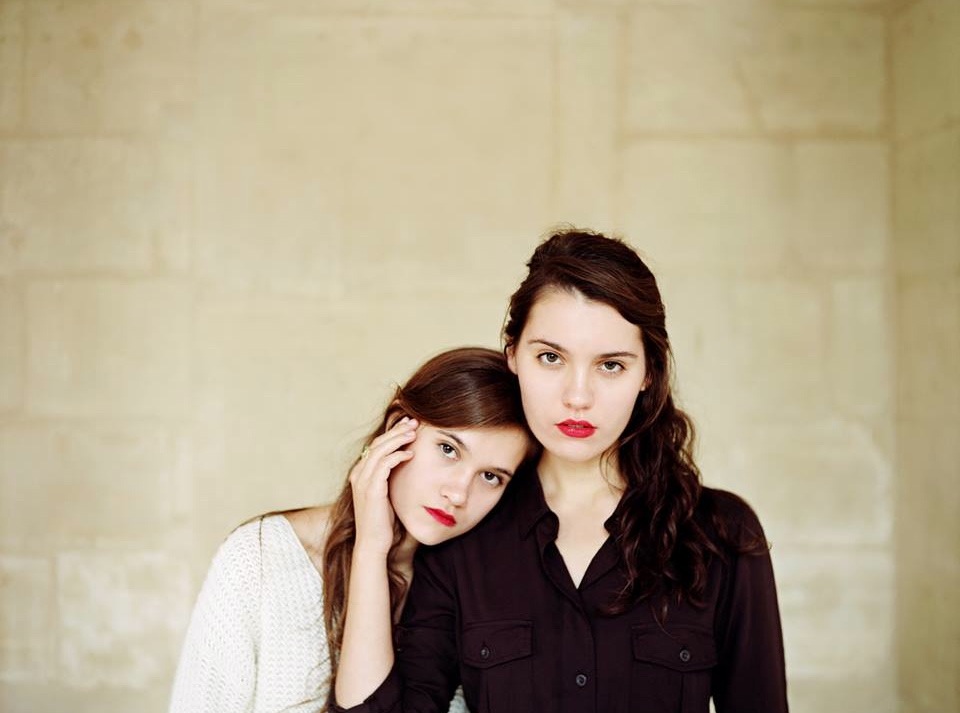 The lyrics have also become more raw, particularly on “The Wolf is Free” where the sing, “I’ll put you to sleep/ My fingers through your hair into your skin they’ll be/ Ten fingernails deep/ And I won’t let you go”. Or the melancholy “Hold Onto Now” where Madeleine sings, “Everyone says give it time/ I feel like I’m wasting mine.” The more you listen, the more you get the feeling that not only are Lily and Madeleine incredible songwriters but recording this album was a no holds barred process. The message is clear; “This is me. Take it or leave it.”

“It’s a little darker, you could say, more involved. We put some more elements in there; we wanted to experiment more this time around” says Madeleine when I ask her about Fumes. The writing happened pretty quickly and the recording process was very much the same. “I don’t think we have never not been genuine, and we have never cheated ourselves or cheated other people. But the products that we’ve put out, we did so quickly and I feel like they weren’t exactly what we wanted.” It is obvious how proud they are of their previous albums but as Lily stresses they weren’t a complete representation of the sisters. And though Fumes is a step closer to doing this, a full representation of the sisters still eludes them as artists.

In the age of Twitter, Facebook and Instagram coupled with being signed to an indie label, Lily and Madeleine do their fair share of updating and connecting with their fans. I had heard about an incident on Facebook where fans had called them out on not smiling enough in their photos. As a woman, I have had my fair share of similar experiences and I for one do not appreciate it.

“The other night in Hamburg I was sick. I had no voice, I couldn’t sing and there would have just been no point because it sounded atrocious. So when we got off stage we went to the merch table to sell merch and say hi to people as normal and this old man literally said, “Keep smiling, it looks better.” And my immediate response was “Dude! You’ve just ruined this night for me.”

The comments on Facebook sprang from a photo the sisters had posted advertising their European tour dates. Madeleine seemed particularly proud of the photo but dismayed at some of the comments from fans. “It was a badass photo; we were wearing little makeup; down by the Seine; natural hair and it was just really fun. And instead of fans saying, “Yeah, awesome new tour dates” or “That’s so cool you’re coming to London” the reaction was “What’s with the lipstick?” and “Can’t wait till you grow the muscles to smile.”

Make-up has also become a talking point amongst fans, particularly fans from a certain demographic. A fan or as Madeleine likes to call him, “a grouchy old man from Indiana” made a particularly rude comment. For whatever reason or as Lily calls it “Facebook technicalities,” the comment ended up on Lily’s personal Facebook wall, in which this “grouchy old man from Indiana” creepily commented on not only the sisters wearing lipstick but also on the authenticity of the entire music industry purely based on the decision to wear lipstick that day.

“I don’t like it when they wear make up. It looks like something sinister is going to happen and it makes me feel like this is fake and the music industry is fake…”

Madeleine’s response to this very odd and sexist comment was, “Dude, something sinister IS about to happen. I’m going to kick your ass!” Now, I’m not going to lie, after this sentence was uttered we all fell about into giggles because one, the sister double act is really funny and two, the comment describing lipstick as sinister and basically blaming cosmetics on the downfall of the music industry is ridiculous.

The fans are clearly important to the sisters despite some of the negativity they have received online, so I ask them what they hope people who listen to the album or come to the shows will take away from the music. Madeleine says she “hopes that they can interpret the songs however they want; that they can let the songs fit their lives and I hope they get more of feel for our personalities through our lyrics and through the new sounds on the album.” With complete honesty and sincerity Lily says, “that my egocentric answer would be I want more people to like it so the next album is well received. I want our appearance and our personalities in the public eye to develop through our music but also what’s most important is, I want people to relate to the songs and get something for themselves out of the music.”

2 thoughts on “Sitting Down With Pop Sister Duo Lily & Madeleine”