Everything we do– every action we take, every word we speak, and every move we make–does not exist separate from the world we live in. It builds on and adds to a story or narrative that already exists. In the words of Sir Isaac Newton, “for every action there is an equal and opposite reaction.” It can be positive or it can be negative but it still becomes part of the social and political fabric in which we live. Of course to some extent we have no control over the direction it takes or the narrative or story into which it is absorbed. However, this should not absolve us of responsibility when we do put something out in the universe. Nothing we do exists in a vacuum; it is informed by what came before it and what is taking place now.

The massacre that took place at the Charlie Hebdo offices in Paris at the start of the year where 12 journalists were gunned down where the stood, was and still is horrific. Violence of any kind disturbs and upsets me. I am always left with the bitter aftertaste and the swell of regret that there must have been a more peaceful way to go about resolving the problem. Hate begets hate, and nothing good has ever grown from the seeds of hate and violence.

In the hours, days, and weeks after the atrocity the concept of “freedom of speech” was shouted from every rooftop and the hashtag #JesuisCharlie became a virtual black armband of the Internet. There were marches of solidarity across the world, which included world leaders marching in Paris whose own shaky record on freedom of speech leaves much to be desired. British PM David Cameron who instructed Police to raid The Guardian’s offices and Eqypt’s Foreign Minister Sameh Shoukry who are holding two Al Jazeera journalists for simply doing their jobs, were two such public figures. And Charlie Hebdo chose to publish a further depiction of the Prophet Mohammed the following week. These acts were extremely powerful and are a sure way to show defiance to those who seek to override freedom of speech but it left me feeling sad and wondering when the fires of hate would subside. 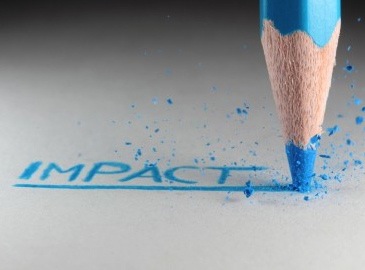 The cartoonist Joe Sacco reacted to these events with a cartoon entitled “On Satire” which was published in The Guardian. In it, he turns the issues of freedom of expression, responsibility, historical context, and empathy inside and out. In the strip he ponders whether the cartoons that Charlie Hebdo produce are really the best use of the pen or whether it just boils down to vapidity. He uses examples to illustrate his point: one of a Jewish man counting his money in the entrails of the working class. He asks, “And if you can take the ‘joke’ now, would it have been funny in 1933?” The answer is an unequivocal no. Why? Because of historical context. Because in 1933 the Nazi’s were persecuting and killing Jews in Germany and were about to unleash their wave of genocidal terror over the whole of Europe. He then goes onto say that satire is meant to be hard hitting and uncomfortable but he also questions who should be the target of this satire and why. Sacco finishes by affirming our right to “take the piss” and for freedom of expression. But he also asks us to search deep inside ourselves and ask “what it is about Muslims in this time and place that makes them unable to laugh off a mere image.” In other words, labeling Muslims as evil or being unable to take a joke is lazy, and absolves us, and the cartoonist at Charlie Hebdo of responsibility. In a post 9/11 world where Guantanamo Bay is still very much up and running and Muslims are regarded with suspicion and fear, the cartoons being printed do not merely exist for amusement, but are just another stake into the heart of a group of people already suffering.

I am a writer and someone who is deeply invested in creative expression and license and who believes an authentic life is the only one worth living. I believe that true words are the only words worth speaking but I am also aware that my words and the words of others can not only do good but can also do harm. Those of us who have a platform in which to express ourselves have a duty to ensure that every word written or spoken or sung needs to be done without ignorance but with responsibility and awareness of others.

I am not for one minute suggesting that harsh truths should be kept buried or that governments, religions, or individuals should be free from criticism or their motives and actions not be held accountable. But what I am saying, or rather urging, is that it only takes one action or word to tip the balance, be that into good or evil. It only takes one more person to remain seated on a bus in 1950s Alabama to spark a change that puts an end to segregation in the United States. Just as it takes only one cartoon to tip the balance into hatred, division and ultimately bloodshed in a time of existing divisions and discord.

It is dancing on a knife’s edge to be sure but it shouldn’t make us shy away from the difficulties of balancing creative expression with responsibility. Instead it should make us all sit up that bit straighter in our chairs and force us to acknowledge that what we put out into the world, big or small, creates a ripple effect and doesn’t merely float on the water undisturbed.