‘The Dying Kind’ is perhaps the oddest song on ‘VENUS’, Joy Williams’ new album. On the one hand it fits perfectly with Joy’s description of wanting the album “to sound like I’d built a log cabin on Venus.” but on the other, it feels somewhat out of place with the rest of the tracks; moving away from the rest of the album’s slick production, emotionally wrought and big vocals, and obvious backstory.

The track is one that you would have associated with Joy’s now deceased band, ‘The Civil Wars’. With the duo’s clever storytelling, Southern gothic leanings and beautiful harmonies, it wouldn’t be a leap to imagine that this was a track discarded from the duo’s last batch of songs, which Joy has chosen to breathe new life into. 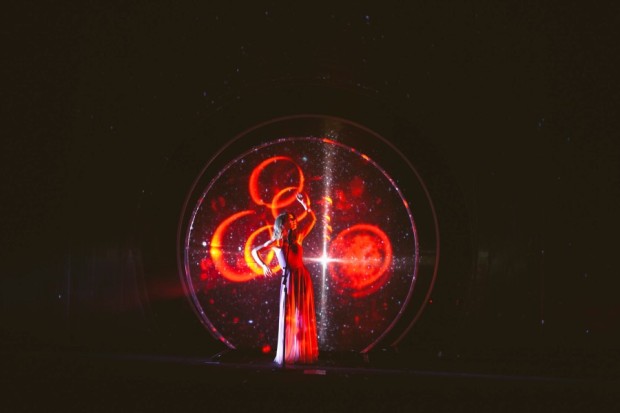 ‘The Dying Kind’ has the darker undertones, the breathy, understated vocals and the beautiful, evocative imagery that would not be out of place in a gothic novel such as Du Maurier’s ‘Rebecca’ nor would it be a great leap to tie the song to the Garden of Eden or the Crucifixion stories of the Bible.

“Stand there in the garden/ Names carved on the tree/ Taste the good and evil/ Fall down on your knees/ In front of me.”

When performed live, the song takes on a very different form; a rawer, more animalistic quality, with Joy’s uninhibited dance moves, that become strangely hypnotic as you watch her pull and push the music in and around her on stage; the heavy beats and percussion give a Middle Eastern element to the song, allowing ‘The Dying Kind’ to take on a life of it’s own outside the four walls of a studio.