Lindi Ortega, Toronto born and Nashville based singer-songwriter, has been in the music business for over a decade. With four albums under her belt, she has now released her fifth, “Faded Gloryville,” to much critical acclaim. The album was inspired by the film Crazy Heart, an unflinching look at a singer on the descent from stardom as well as Lindi’s own experience of being a singer on the fringes of country music. The theme of the album is what it is to be a human being; to have hopes, dreams, and love that can come crashing down around us or never even get up off the ground.

Here I spoke to Lindi about her stunning and soulful album, her thoughts on the lack of women being played on country radio, and what authenticity means to her.

Your new album “Faded Gloryville,” I understand was inspired by both the film Crazy Heart, particularly the scene where Jeff Bridges’ character finds himself playing in a run down bowling alley; and the trials and tribulations of being in the music industry and choosing to battle on or settle.

I wonder if the album was written in that state i.e, when you were sitting in that dark and desolate place known as “Faded Gloryville”, and it was your way of working through those feelings? Or was the album written from the perspective of coming out the other side of those feelings and looking back at where you’d come from? Depending on which, do you think the album would have turned out the same with that element of hope that some of the songs possess?

This album was not ever intended to be a concept record that followed in the lines of the song “Faded Gloryville.” I just happened to think it would make a good title for a record and it was only after the fact that I realized the term “Faded Gloryville” could be applied to any idea that has been romanticized. Not just music, but relationships as well. It was much broader than big dreams not working out quite as planned. The album wasn’t really written in any particular state. I always just write about what I know, my experiences and such. 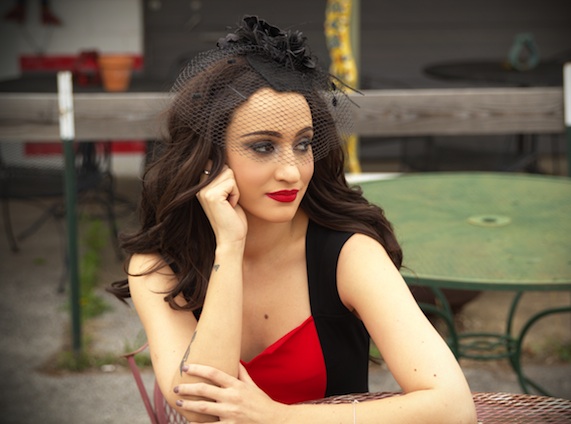 I read in an interview that “Faded Gloryville” isn’t just prescriptive to the music industry but it also applies to the human condition of sadness and disappointment; be that relationships or dreams or just general circumstances. I liked this universal message and also that a lot of the songs like “Someday Soon” and “Ashes” are left open-ended and allows the listener to write their own ending. Was that a deliberate choice to make the songs both incredibly personal but equally universal, or was that just how the cards fell so to speak?

I would say that’s just how the cards fall, but also, I don’t like to close the door on anything… I like to think there is a silver lining in most of my songs that can offer a bit of hope.

Talking of trials and tribulations within the music industry, you recently wrote a very eloquent and dispassionate yet moving op-ed piece in response to Keith Hill’s salad analogy with reference to the lack of female singers being played on country radio. What I liked about your piece was that you didn’t solely focus on what this analogy or Hill’s blanket decision to “take women out” of country radio, meant for only country music or female artists, but also what it meant for women and society in general, a perspective that hasn’t really been touched upon.

You also said that country radio has influenced listeners to such an extent and has been so effective at devaluing women that those listeners do not even want to hear women make music. I wonder what you think the implications are for both women and men both within the industry and in the public sphere?

It’s hard to say what the implications are when it’s all said and done, I can only say that if a format of music keeps referring to women as an object, a trinket whose worth is only to wear tight jeans, satisfy a man’s sexual desire, and be a sort of decal for a truck… Then I can’t imagine how that perpetuated message could not have a negative effect in society. If it was just a couple of songs that espoused that rhetoric that would be one thing.. But it seems to me something that’s “trendy” and I personally don’t understand how people can stand it. 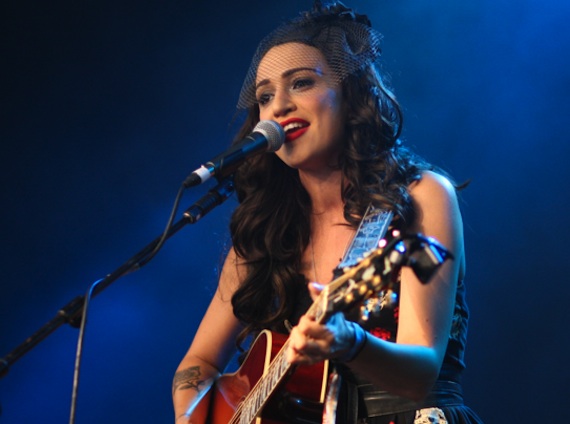 As someone who has years of experience in the industry and as wealth of knowledge, what do you think would be the best way for country radio and segments of the music industry, to get out of this “groundhog day” mentality?

I can’t claim to know how it all works or what drives it, but to me, the answer would be simple; I’d just add some diversity, allow artists like Sturgill Simpson and Ashley Monroe to co-exist in the mainstream radio world as well and not be relegated to simply existing on alternative country public and satellite radio stations.

In your op-ed piece you also referred to the infamous double standard that exists for women in (and outside) the music industry; female musicians being asked questions about what their wearing or how they will balance being a mother and a musician rather than being asked about their art.

I think it’s become par for the course. Perhaps some folks play into it. But I think most musicians are more interested in talking about their music and having people be interested in their music. I wear a veil and red boots, does that mean I’m playing into it? I think lots of artists’ have a look, but no one wants their look to overshadow their music.

Sonically “Faded Gloryville” feels very much like a blend of traditional country, Americana, and soul (The Witches Brew as you like to call it) particularly on “Someday Soon” and “To Love Somebody.” Though your past releases have straddled the lines of traditional country/rock/Americana and you are generally identified as a country artist, I have always seen you as a having a soul element to not only your voice but your songwriting too.

Have you always wanted to bring these soulful elements into your music? I know you are a big fan of Nina Simone, and I wondered if your collaboration with John Paul White and Ben Tanner, the Muscle Shoals based team who worked on your album, gave you permission to explore these aspects of your personality in more depth?

It wasn’t really me who woke up one day and said, “I am a country artist.” I’ve been put in that lane way by media because I suppose they feel music, for marketing purposes, must be put in a neat little box. I have always listened to music other than country, I love blues, I love soul, classic rock, rockabilly; I just happen to have a thread of country in my tapestry of music and that’s what I suppose comes out the most. I was listening to soul music long before I went to Muscle Shoals… Aretha Franklin, and Etta James have been heroes to me. I don’t believe anyone gives me permission to do anything, but I absolutely feel like the Muscle Shoals-based team helped me put a stamp of authenticity to the soul inspired vibe I was going for. They are the real deal those folks. They know what’s what.

via The Strombo Sessions

The writing came first. It was not initially my idea to work with a bunch of different producers, it was suggested to me by my manager. At first I was apprehensive ’cause I had never done it like that, but I realized it was something new and different and decided to embrace the idea.  All the songs were cut live… In that, the main parts, vocals, drums, bass, guitar were all cut at the same time. Additional parts, horns, strings, were cut after.

I am a big fan of The Civil Wars and the work John Paul White has done, and I am intrigued as to how you both came to meet and decide to collaborate? And what it was like writing and recording with him, particularly on the song “Someday Soon” which you co-wrote together as well as him singing harmony on the track and producing it with Ben Tanner? Can I also ask what made you both decide to turn “Someday Soon” into a duet?

I had written with John Paul before, a few years ago. When it came time to write for this new record I thought he would be great to write with. So I headed down to Alabama to write with him. We went to a coffee shop in the morning and there was a soul song playing on the speakers… I told him I wanted to write a song like that. That’s how “Someday Soon” was born. While we were recording it we talked about harmonies and such, and he offered to sing on it. I was honored as I think he has one of the best male voices out there.

Authenticity is very important to you both in terms of your music, style and passions outside music, which is an incredibly refreshing thing to witness. Has this always been the case for you? Or has it taken time for you to become comfortable in your own skin; and was there a moment where you made the decision that being true to you was more important than pleasing others?

I’ve always wanted to be authentic with what I do. To me, that means doing what feels right and natural musically and not compromising that vision. I don’t recall a specific moment where I said, “I’m gonna be authentic”. It means different things to different people. For some, authenticity means you can only write true country songs if you’re from the country. For me it means that I stand behind what I do, I write mostly about my life experience… So I guess that’s pretty authentic.