On top of all the other double standards, women now have to deal with the issue of going grey, or in other words getting older and being seen as less competent, less self-assured, less successful by society.

In a recent Guardian article, which discussed the issue of women in the public eye going grey, they quoted the male hairdresser Nicky Clarke who said the following of the Duchess of Cambridge,

“Kate is such a style icon that even a few strands of grey would be a disaster.”

Now I am not the biggest fan of the Royal family but this does not blind me from the blatant sexism in Clarke’s statement nor the utter ridiculousness of saying that Kate Middleton’s self-worth and usefulness rests on her ability to remain looking youthful and devoid of grey hairs. 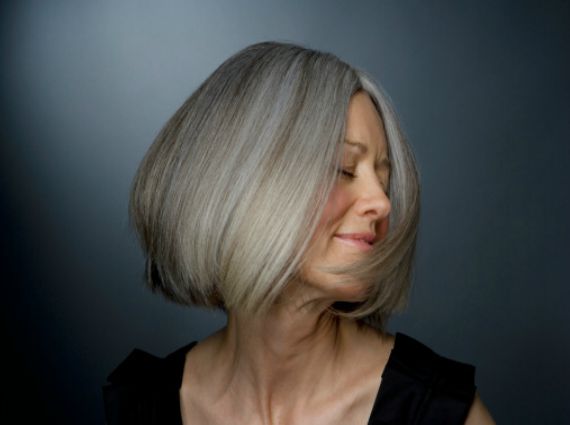 Is George Clooney’s acting ability tied to his hair colour? Is Obama’s ability to be an effective statesman somehow reliant on how many grey hairs he has? Was Bill Clinton asked whether being a grandfather would affect his political work? (NB: His wife was.) The answer is a resounding no. Why? Because men are allowed to grow old in the public sphere without their desirability plummeting or their ability to be successful in their chosen roles being questioned.

In fact, older men are actually seen to be more desirable, more successful, more experienced, more self-aware as they age, whereas women are dealt a very different hand as they age.

You’ve probably seen enough films in which the male lead is a decade older, at least, than his female co-star, and no one bats an eyelid. We’ve been groomed to accept that the older man/younger woman scenario is alluring and normal, especially compared to the older woman/younger man scenario, which is labelled unnatural or abnormal. You only need remember Maggie Gyllenhaal’s revelation that at 37 she is now considered “too old” to play a love interest of a 55 year old man.

As a woman and as a human being, I am sick of not only this double standard but also that women, particularly women in high profile positions, are repeatedly asked questions that ultimately circle back to the age old narrative that women are considered lesser beings than men in society.

I want to stop this narrative dead in it’s tracks. I am not saying that body image or self-esteem issues aren’t important because they are, but whether a woman decides to dye her hair or not should in no way become part of the conversation about how good she is at her job; whether that be a politician, a CEO of a Fortune 500 company, or a world renowned Physicist. It’s irrelevant and downright insulting.

Women should be celebrated or if need be criticised for their intellect, their ability to work well in their chosen field, their personality, their sense humour, their compassion and their logic; the same way men are.