Social media is a funny thing; it creates a warped yet seemingly perfect image of public figures, and one that seems completely accurate but is in fact so far from the truth it’s almost laughable. Laughable in that you think ‘X’ is really like his 140 character updates, or rather that’s all he is.

So when I went to see Jason Isbell on Friday night, I came with an unfinished picture of what I thought he’d be like taken from interviews I’d read, the Youtube performances I’d watched, and of course his social media footprint. However, the Jason Isbell that walked out on stage with his new Desusenberg, strumming the opening notes of ‘Palmetto Rose’ with the 400 Unit (Jimbo Hart on Bass, Derry deBorja on Keys, Chad Gamble on Drums and Sadler Vaden on Guitar) following close behind, was nothing at all like the person I’d pictured. Taller, younger, warmer, softer and infinitely more subtle than the image of the man I had in my head. 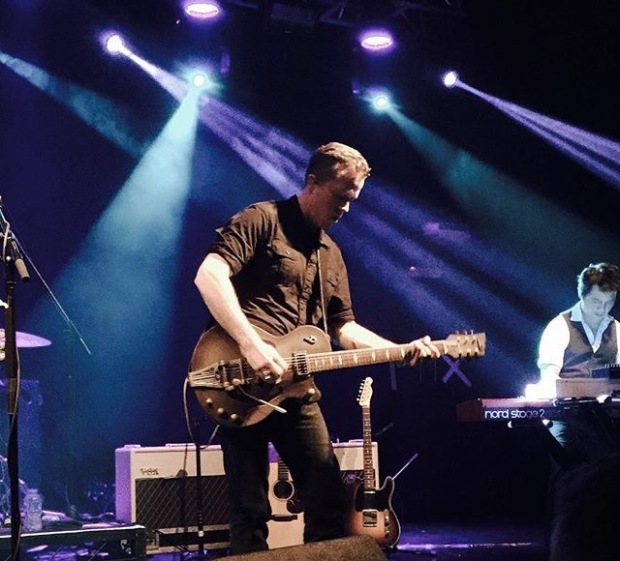 Jason Isbell is known as the saviour of Country and Americana music (depending on what radio station you listen to that is!) and though part of that is true, I can’t get away from the obvious fact that what went down on that stage, in front of a packed audience, was more akin to a rock concert of the highest calibre. Like everyone, I was drawn to, and continue to be, Isbell’s great lyricism and storytelling but nothing fully prepared me for his expertly and mesmerising guitar skills. As ‘Palmetto Rose’ played out and the vocals got louder and the guitar playing intensified, the smile on my face just got wider and wider, and didn’t let up all night.

Isbell weaved songs from his latest album ‘Something More Than Free‘ with songs from the critically acclaimed ‘Southeastern‘ as well as material from his older albums and the Drive By Truckers.

‘Alabama Pines’ got heavy applause, and ‘Cover Me Up’, which Jason introduced as a song written for his wife, musician Amanda Shires, got a standing ovation. 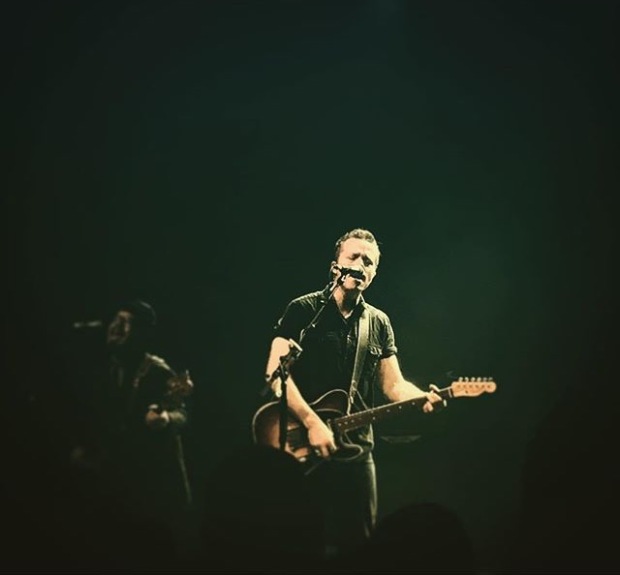 ‘The Life You Chose’, one of my favourite’s off the new album was given even more intensity and urgency by Isbell and the 400 Unit. It was followed by ‘Outfit’, a song I had never heard until that evening. It was written for Isbell’s dad on Father’s Day, putting all the advice he had ever given his son into a song; culminating in the message of, I gave up some of my dreams so you didn’t have to.

“So don’t try to change who are boy and don’t try to be who aint’t/ And don’t let me catch you in Kendale with a bucket of wealthy-man’s paint. “

Though somewhat tongue in cheek, the song and its lyrics really resonated with me, particularly as I am only just beginning to understand what my parents gave up to have me.

Half way through the set, security began handing out water to the front rows, to which Jason quipped, “Are you handing them water? That’s really nice of you. In America that never happens except for when the water comes out of a hose”, which got laughter from the crowd and applause for security.

As the set drew to a close there was no let up from the audience or the musicians. ‘Children Of Children’ became bigger than itself and more wistful with Isbell’s dreamy guitar playing; and the entire room went electric with ‘Never Gonna Change’, in which the  band gave their all and had me dancing in my seat.

After leaving the stage for which felt like an eternity, Jason reappeared with his Keyboardist Derry deBorja, to the clapping and stomping of the entire venue that vibrated from the stalls up to the balcony, to play an intimate rendition of ‘Elephant’. He then brought the rest of the band back on to close the set with ‘Codeine’.

I am not sure what I was expecting from Jason Isbell and the 400 Unit but whatever it was, it never touched what I actually saw, heard and felt.

Something More Than Free

The Life You Chose

If It Takes A Lifetime