July has seen a quick succession of standalone EP’s released by women in Nashville; Caitlyn Smith, Molly Parden and Joy Williams. The story and words are the prime focus of these artists who refuse to stick to one “type” of music and who bend genres, and at times reimagine them, all in service of the story.

The first of them is Caitlyn Smith’s EP Starfire (July 8), which, because who has written for in the past and where she lives, could lazily be called country but the sound and lyrics are more akin to those artists who sing the blues. Detail is important to Smith; it glues her stories together. Think Taylor Swift’s All Too Well.

Next is Molly Parden’s With Me in the Summer EP (July 15), which unlike Smith, leaves the details vague and lets the instrumentation and atmosphere do the talking. Despite the differences, both draw you into their worlds and their stories, and allow you to find yourself and your experiences in the melodies. The EP is bookended by songs that could very well represent the hopeful beginnings of summer and the inevitable drawing in of nights as summer disappears in place of Autumn.

Last is Joy Williams’, formerly of The Civil Wars, Venus (Acoustic) (July 22) produced by Charlie Peacock, an epilogue of sorts to her 2016 EDM release Venus. Williams has gone back to where it all started; an acoustic guitar and her voice, which is free to roam on a seven track selection of songs both from the original album but also never heard before songs. The EP gives the listener a much more calming and peaceful but nevertheless a moving listening experience; one that allows you be explore the more vulnerable corners of your self in the safety of a song.

Over the next week or so, I will pour over these three EP’s by these artists who are passionately intent on producing honest, vulnerable and beautifully crafted songs and stories. 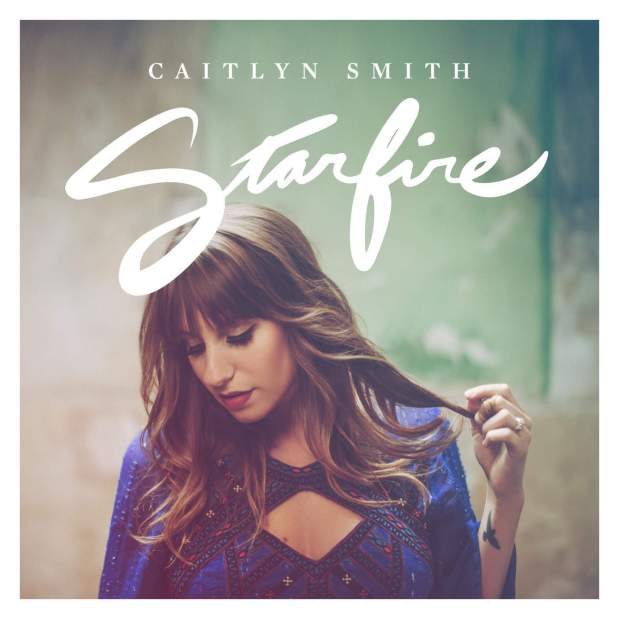 Records that often mean the most to us, come to us when we need them the most; a longing to feel understood; therapy to heal our heartbreak and sadness; and at times, when we can’t put what we feel into words or even when we don’t know what we feel, a song can give us that understanding. It’s powerful, and at times can be both painful and comforting.

Starfire, the new EP by singer-songwriter Caitlyn Smith, does all those things with ease. Maybe it’s because Smith sings, writes and arranges more like a blues artist rather than the country artists she writes for. Think Billie Holiday over Dolly Parton.

With Starfire’s heavy bass lines, electric guitar riffs. sprawling instrumentals and Smith’s vocals that feel each word and every note with intensity. Whether it be the heartbreak and sadness of ‘Tacoma’ or the joyousness of finding true love after so much brokenness in ‘Before You Called Me Baby’, the music definitely runs in the vein of blues and soul.

Even Smith’s stage presence lends itself to those blues and souls artists who sung not because they had a choice but because they had to. You can feel this pull and longing and need to wring out one’s soul throughout the EP.

Or maybe it’s simply because Starfire was made purely for Smith and her love of music, rather than for an audience.

The record opens with ‘Before You Called Me Baby’, with its heavy electric guitar intro followed by Caitlyn’s soulful and emotive vocals, creating a sparseness but one that never feels empty or sad. Drums follow soon after and the track fills out and grows, like a heart does when it finds love.

“Sure is hard to remember/ Life before you walked in the picture/ I was a sad Mona Lisa with a crooked frame/ Standing on my platform/ Waitin’ for my train/ I was messed up, wondering, broke down, stumblin’/ Running for my life/ I was heartbroke, hard up, on a long string of bad luck/ Searching with no end in sight.”

As the song moves into the second verse, Smith’s ache and longing come into the foreground; her vocal growl that pushes the words forward and out into the room.

“It’s like the walls soaked down and the lights turned on/ And the band started playing a different song/ Like I was baptised by the fire in your kiss/ I’ve never, ever, ever felt like this/ Before you called me baby.”

It is obvious to anyone that Smith has a powerful and a soulful intensity to her voice but she never over does it nor does she use when she doesn’t have to. She reels it in on the vulnerable lines and let’s it almost run away from her but never quite, on the songs where she wants you to listen. Words convey the story but it is only the complexity of Smith’s voice and the way in which she delivers the lyrics, does the song get given its meaning and you fully feel the emotional weight.

‘Before You Called Me Baby’ and ‘Do You Think About Me’ bleed into one another like open wounds and memories. Opening with a lone drum beat, bass line and her vocals, and unlike the previous song, the emptiness and sparseness is overflowing with sadness, and that uncontrollable urge we have all experienced to drag the past back, like finger nails through the dirt, back into the present.

“But can’t we just go back in time when you were holding me?”

The verses are full of details and memories of a person long gone. Memory of the person and memory of place is the fabric that glues this song together, and reminds how little everyday things can bring us to our knees when the person we lived them with are no longer with us.

“Every time that I smoke cigarettes/ The taste of the smoke rolling off my lips/ Reminds me of how you begged me to quit/ And I still haven’t quit/ Every time that I order my coffee black/ Your memory keeps coming back/ In double tall Breve latte, two pumps classic.”

And even when the arrangement for the chorus grows and multiplies, the urge is still there, and the sadness and heartbreak an ever lingering ghost, that never seems to dampen. By the last chorus, you can feel the emotional exhausting starting to crack through in Smith’s vocals and even in the instrumentation itself.

‘Do You Think About Me?’ though comforting as much as a torch song can be, in that someone else feels what I have felt, cuts a little too close to the bone, and leaving me forlorn and looking back at a ghost that has already closed the door.

‘Tacoma’ is perhaps the centre piece of the EP, both literally and figuratively. The instrumentation soars and flies, the strings and vocals evoking wide open highways and sparse landscapes, and a heart running wild and broken through Memphis, Tulsa, Mizzoula and ultimately Tacoma.

“I’m thinking/ With a truck stop song and a cold cup of coffee/ That I’m drinking/ And I’m hurting like hell/ But honey how could I not be/ You made me/ The joker; the fool, the last one to know/ So I’m gonna put/ Mountains and rivers and deserts between us/ Go as far as I can go.”

In the utterance of “the joker; the fool, the last to know” you can hear the pain and anger pulsing through gritted teeth but as the song reaches its crescendo, you can feel Smith’s strength and power return in her soaring and blues tinged voice.

Being creative always comes with its own range of pitfalls. From being told your art is ill conceived, not popular enough, too popular, to it being “too much”, “too naked” or “too beige”, cutting yourself open and being vulnerable can be an exercise in masochism.

“I won’t ever be perfection/ Ever be a golden child/ I’m not spinning on this planet just to merely make you smile/ Oh I love my crooked halo/ Hell, I won’t apologize.”

Tough words are backed by tough, gritty and pulsating instrumentation full of heavy drums, electric guitars and Smith’s gritty and determined voice. At times, it’s almost as if her and the music are willing the unnamed critic, the naysayer, to take another shot at her and see what happens.

“But you won’t burn out this starfire/ This feeling is dancing in my flames/ Throw me and I’ll just burn brighter.”

There are a lot of self-empowerment anthems on the musical landscape and most make me want to run straight back into the arms of those artists who have enough penchant for melancholy for the whole world. But Starfire feels different. Perhaps because of what proceeded it and what comes after. It is bookended with deeply vulnerable songs. It also does not try be all “zen” about itself like a lot of female musicians tend to be. For fear of being ripped to shreds for not being perfect or for being just as destructive or badly behaved as their male counterparts, they tend to prettifie their faults as lessons learned rather than merely being proud of who they are and the mistakes that made them this way.

‘This Town Is Killing Me’ brings the EP to a close. An ode to the Nashville music scene but also admitting that it’s killing her;

“I pour my heart out, three minutes at a time/ On a J-45 but no one’s listening/ They’re too busy drinking on the company tab/ I scream my lungs out/ Confess my secrets, all my sins/ But they don’t give a damn/ Cause if it don’t sound like the radio? Pass

But like a no good lover, she will keep going back because she loves the music more than she hates it;

“Nashville, you win/ Cause I’ll wake up here tomorrow/ Do it all over again/ Even though you’re killing me/ Oh, this town is killing me.”

The song is perhaps the quietest on the EP, with an acoustic guitar picking over the notes and a piano softly creeping in from the wings. As the song reaches the middle, strings blow gently into the track, wrapping itself round the words, leaving its fingerprints of melancholy all over the song.

Starfire is perhaps one of the most intricately and moving pieces of art I have experienced. Well written, exquisitely arranged, and with vocals to die for. It has you feeling the words, the notes and the emotions all the way right down to your bones.

One thought on “The Summer of Eps: Part 3 Caitlyn Smith”