In 2015, Nerina Pallot released The Sound and the Fury an album that delved in and picked apart the political fabric of the past few years in Britain. It was Pallot’s Nina Simone moment of an artist reflecting the political, social and emotional landscape of her time and engaging with it, something Pallot captured powerfully.

On 13th October, Nerina releases her sixth album Stay Lucky. Pallot describes it as “a bit more old school” and it being “basically the album equivalent of comfort food”. Pallot goes further in her interview with the Charm Factory, where she found herself thinking back to reading The Wasteland at University. Her then tutor pointed out that in times of war, “when shit goes down, people are more inclined to get pissed and shag than they are to take to the streets, because you just want to anaesthetise yourself. So that’s kind of my feel.” 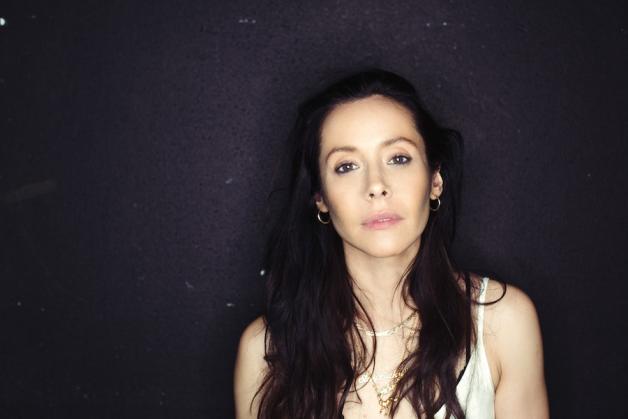 Even though The Sound and the Fury and Stay Lucky contrast in both sound, story and mood, and the obvious difference in title, both albums are a reflection or a reaction against the times in which we are all currently immersed. The former makes you sad, rageful and reflective whereas the latter gives you room to close the door, draw the curtains and put on music that makes your soul feel better.

Earlier this month Pallot released two songs from Stay Lucky ‘Better’ and ‘Man Didn’t Walk on the Moon’. Both err on the soul and jazz spectrum, making drawing the curtains and hiding under the duvet an easy option. The former is a six-minute track of longing, tension and madness that only infatuation and falling in love can give rise to.

“It’s ok to be sad/ To want things you can’t have/ That’s the human condition/ Fill my glass, drink it up/ Hope and pray it’s enough/ There’s always something missing.”

The versus begin slow and steady, gradually building to match the mood she creates – hot summer days from morning to evening, thinking about your lover and what he might be doing, who he might be with. Pallot takes on the role as jazz chanteuse with her understated inflections conveying equal parts exasperation and infatuation with your lover who is all and everything you can think about.

“Driving into town my God I feel hopeless/ Wind the window down I’m flat and I’m jokeless/ Thinking ‘bout you/ I’m thinking of you/ How you getting on and what you been doing/ Did you take your kid to the park?/ You know that you ruined my mind/ You ruined my mind.”

Each successive pre-chorus the exasperation and tension grows instrumentally and vocally till Pallot repeats the line, “I’d make it better” until the jazz section picks up where the vocals leave off and bring the track to its ultimate and heady conclusion.

The latter, a memory snapshot of Pallot growing up in Jersey and having a crush on a boy who eventually turned out to only wanting to talk about conspiracy theories when all she wanted to do was kiss him.

The song opens gently with some faded guitar chords but quickly builds into a groove that evokes warm summer nights when life was carefree and all your worries centered around a boy or girl who made you catch your breath. The word responsibility barely came into it and was merely a far-off concept ascribed to your parents.

“I’ve got a cartoon heart and soda stream/ Baby you and me we’re just young love’s dream/ Drinking it down like we know what to do with it.”

‘Man Didn’t Walk on the Moon’ has you dancing through rooms of a darkened house, the music turned up as loud as possible and your imagination running wild all over the lips of the guy or girl who you can’t stop thinking about.