There is something to be said for crying over a broken heart in the summer, with the heat warming your skin and letting the sun dry your tears. It still hurts but the sting is tempered, and it feels less like death by a thousand tiny cuts.

When Nashville songstress Sophie Sanders wrote ‘California’ she had recently been left “dumped and devastated” and just wished the dumping and devastation had taken place somewhere sunny rather than being left heartbroken in grey Tennessee.

‘California’, due out on Friday, is Sanders third single this year, following the infectious ‘Dad Bod’, an ode to less-toned men and the anti-Valentine’s Day anthem, ‘All My Friends Are Married’.

Like with ‘All My Friends Are Married’, Sanders takes a heavy subject and makes it wryly funny. With ‘California’ it’s looking at a really shitty situation and thinking, ‘well, wouldn’t this be better if I was sitting on a beach, sipping cocktails and watching tanned surfers’.

‘California’ is produced by Paul Sikes who worked with Sanders on her last two songs. The production conjures up feelings of freedom and space, sun and sea. The music shimmers like sunlight reflecting off the waves as they crash onto the golden sand. 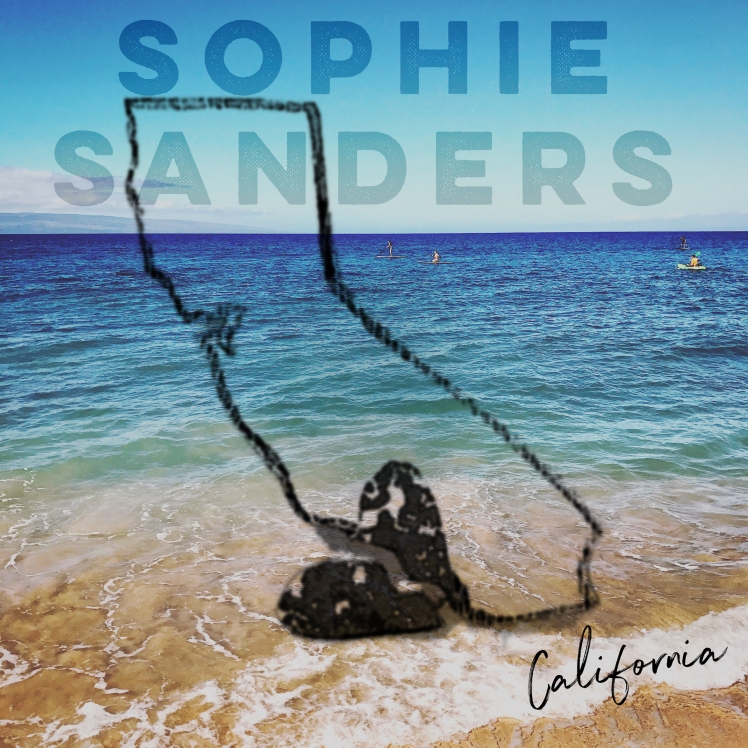 California has inspired many songs from The Eagles’ ‘Hotel California’ to The Mamas and Papas ‘California Dreamin’’. Then there’s John Mayer’s ‘Queen of California’ and of course Katy Perry’s ‘California Gurls’, which was inspired to seeing her friends dancing to Jay-Z’s ‘Empire State of Mind’ and she thought, “What about California!?”

Like cities, states and counties across the world, California invokes its’ own unique set of emotions. Emotions that you can touch and taste as much as the pavements you walk down, the air you breathe and the food you eat. These emotions then turn into experiences and memories, and then finally, sometimes, into song, poetry, novels and art.

There is a reason why some music is described as “SoCal” or why when I hear Kind of Blue I immediately think of New York or when I hear country music it’s as if I can see and feel the wide open plains and finally feel like I can breathe properly. The music has the essence of place, something everyone who goes there experiences; an essence that never really disappears but isn’t something you can hold in your hands but returns to you when you read a book or see a painting or when you listen to a song.

Sanders is known for her poetic lyrics and her ability to take you to places in her songs. On her debut album Steep and Shining Spaces she took you to magnolia drenched porches and warm nights around a fire with the one you could lose yourself to. ‘California’ is no exception with you switching between the oppressiveness of the smoky mountains and heartbreak, and the lightness of the surf and freedom.

We are waist-deep in lockdown to varying degrees all over the world and I am sure most of us are wondering what it would be like to be somewhere nicer than we are right now. As Sanders says,

“And yes, I keep re-hearing it in my head as ‘we could’ve quarantined in California’ and it feels nice to imagine at least dealing with all this on a wide open beach somewhere…”